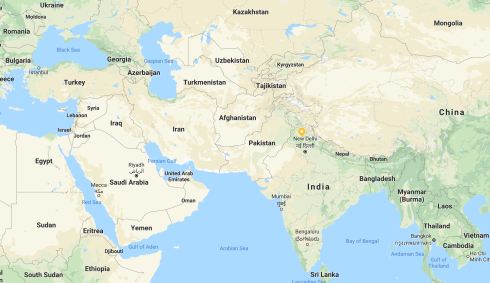 Not sure what had me this morning, but rising felt as if from under stones.

Greg is in on Sunday mornings, and also on his way to an early day at his other occupation, the addiction and abuse rehabilitation clinic (another story). The translation here is that is turned around and out the door by 09:30 with very little wiggle room.

Once Greg is away, I’m on my own till noon – so no sleeping in or dillydallying on Sunday mornings.

Nothing like a little insistence to push through the lethargy.

Lest this sound a little melancholic, let me be clear – if effortful, rising was nonetheless enjoyable. Somehow, the conversation that followed had a familiar tone.

As a child, growing up in South Africa, Greg was no stranger to insurgents and infiltration warfare. In the late 70s and early 80s, children were a familiar target and the kinds of tragedies that ensued were a familiar part of his young landscape.

The Adverse Childhood Experiences test (ACE) makes no mention of war; having friends who lived through aerial bombing and domestic terrorism in their childhood, makes me think it probably ought to.

I can’t say how many times in recent days I’ve noticed generally intelligent, optimistic, progressive, and typically mild people I know refer to our current human situation, at the national and global levels with a remarkable sense of fatalism and despair.

Recent events with the United States assassination of an Iranian governmental executive seemed to be exacerbating that condition, at the least.

Talking with Greg this morning, and getting his perspective as someone who both lived through that kind of onslaught, but also participated as a military man, the very real possibilities of the world sliding into a truly unprecedented war gave me the distinct sensation of humanity attempting to wake up, as if from under stones.

Alive in me was the sense that I had to be that little voice urging towards rising to the dawn. Not that I had to be the only voice, or rather the only part of the voice, but certainly that by virtue of my access to optimism, and sense of possibility, I had to find ways to move visibly and perhaps vocally, or maybe just materially in the world toward some alternate outcomes.

I have to find ways to live an exploration of answers to these questions. I also need to find a way to survive to do so.

I’m always glad to read Fred, so this morning after I weekly 90 minute ritual of reviewing the previous week’s calendar and actions, and organizing my to do list and schedule for the coming month, I was glad to take a few minutes to hear his thoughts on What to Work On (<a href="https://avc.com/2020/01/what-to-work-on/?utm_source=feedburner

This entry was posted on Sunday, January 5th, 2020 at 3:32 pm and posted in Uncategorized. You can follow any responses to this entry through the RSS 2.0 feed.
« The moments of beloved transition.
AutoBioMedia… »

One response to “Birthday Sunday…”